Home/Uncategorized/Women Speak Out!
Previous Next 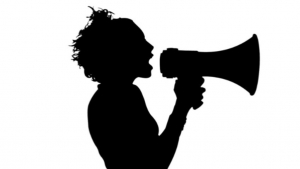 It’s time to break the cycle of power and control by men over women, both in the home and in the office

Annabella Sciorra and Daryl Hannah are just the latest women to speak out. The Harvey Weinstein accusations are the newest examples of what has been going on for centuries. True, things are better than they were fifty years ago. But why is it still happening?

A 2015 study, cited by The World Post reporter, Margaret Gardiner, found that one in three women have been sexually harassed and that 71 percent did not report it. But why?

Fear! Which comes in many different guises for women who speak out including loss of work, loss of status, disbelief, embarrassment, retribution, impact on the family, and in more cases than we’d like to believe, death.

In an article by Ashley Thompson for CBS Atlanta, she quoted attorney Benjamin Stark as saying, “Sexual harassment isn’t about sex. It’s about power, and those in power use it to not only abuse their victims but force them into silence.”

So it’s time to break the silence. Today social media provides an outlet for women to express themselves and to come together for support that we didn’t have in the past. It’s an opportunity for the sisterhood to unite in a relatively safe way across the globe.

Actress Alyssa Milano tweeted, “If you’ve been sexually harassed or assaulted write ‘me too’ as a reply to this tweet.” As a result, in her latest tweet Alyssa responds, “One tweet has brought together 1.7 million voices from 85 countries. Standing side by side, together, our movement will only grow. “

According to the New York Daily News, the “Me Too” Movement began over ten years ago when Tarana Burke, a youth camp counselor in Alabama, had a 13-year-old girl share with her the sexual abuse she had suffered from her stepfather.

Now Burke and Milano are combining their efforts. As Milano said, “To give us a voice, to give us strength, to give us power.”

Over time and with the voices of the brave women who choose to speak out, we can join together, and speak as one voice to be heard around the world.